5 ways to help stop the ‘infodemic,’ the increasing misinformation about coronavirus: published in the Conversation Canada 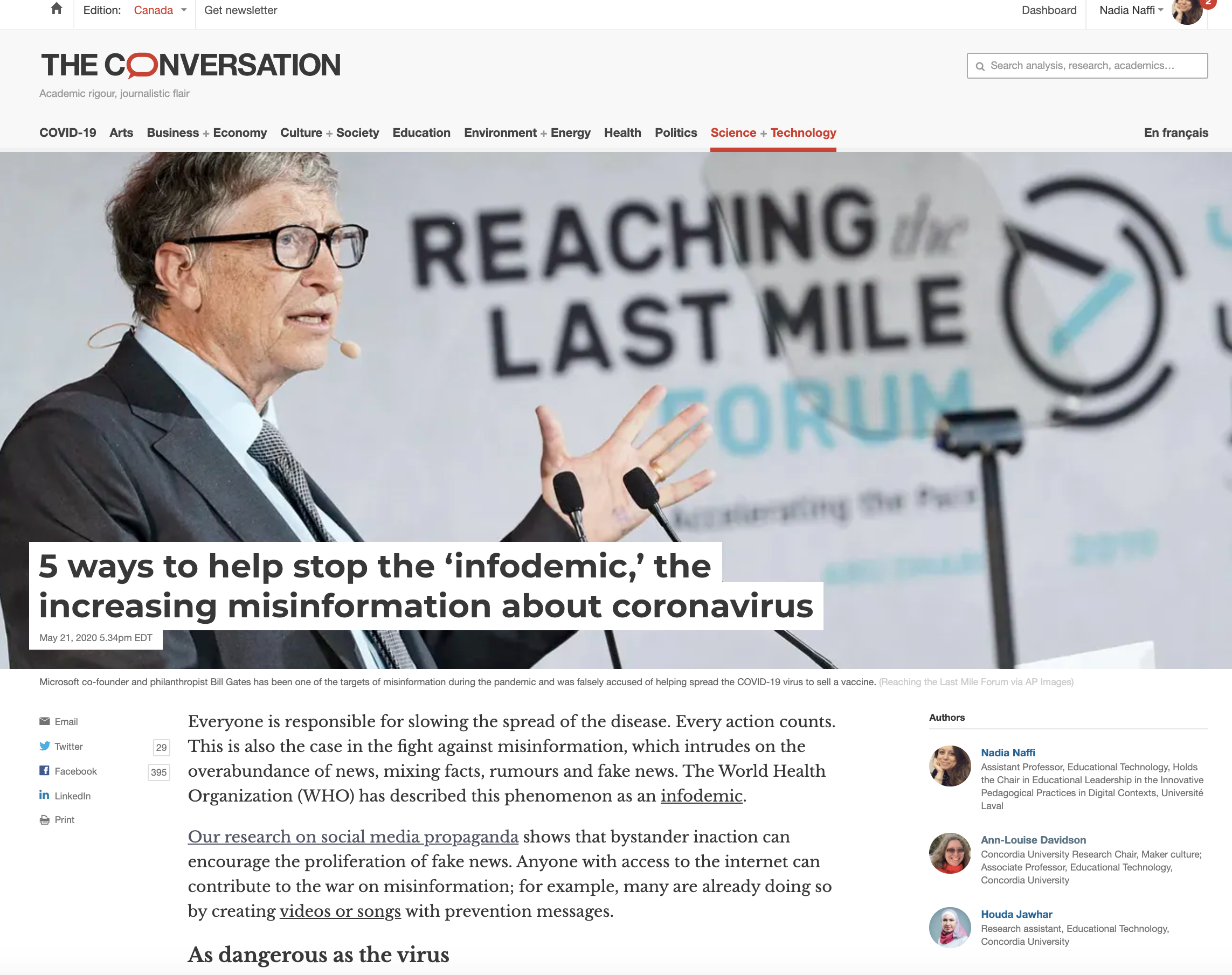 Everyone is responsible for slowing the spread of the disease. Every action counts. This is also the case in the fight against misinformation, which intrudes on the overabundance of news, mixing facts, rumours and fake news. The World Health Organization (WHO) has described this phenomenon as an infodemic.

Our research on social media propaganda shows that bystander inaction can encourage the proliferation of fake news. Anyone with access to the internet can contribute to the war on misinformation; for example, many are already doing so by creating videos or songs with prevention messages.

Read the article in the Conversation.

The article was widely shared.